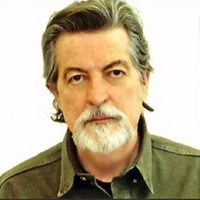 James Gary Vineyard is a fifth-generation Texan. He began a career in law enforcement in the Dallas-Fort Worth area as an investigator in the Criminal Intelligence Division of the Department of Public Safety at DFW Airport. He was assigned to the Dallas Organized Crime Task Force (Metro Squad) in1981 and spent approximately nine years there. From 1990 until 2007, he was assigned to the Drug Enforcement Administration’s Dallas Field Division Office, Enforcement Group 2 (a smuggling unit). Over the years, he accumulated numerous awards from law enforcement agencies and was an instructor at several area police academies including the Dallas Sheriff’s Department, Dallas Police Department, Regional Police Academy in Arlington, Texas, and DEA’s training programs. During that time, he also taught courses in international smuggling at the American Airlines academy. He holds a Master Peace Officers certificate and is a graduate of DEA’s Drug Unit Commanders Academy in Quantico, Virginia. He retired as DEA's D-FW Task Force Sergeant.

From the other side of his brain, he has written a full-length stage play comedy called “Moby and Dick,” and a one-act play, “Tap the Brakes, Elvis!” He is currently working on a sequel to The Grave on Peckerwood Hill.

Mr. Vineyard is a member of Mystery Writers of America, The Fort Bend Writers Guild, Friends of the Dallas Public Library, Perot Museum of Nature and Science, The Dallas Historical Society, The Texas Police Association, and The Texas Association