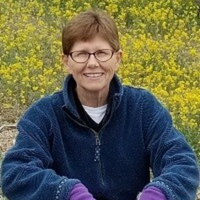 Sal (now known as Spiritwalker) spent her first 27 years of professional life as a social worker and psychotherapist in private practice. Then things changed.

Food allergies, a result of a surgery in 2005, led Sal to more alternative work, PSYCH-K®. The energetic and spiritual change processes of PSYCH-K® create, “balance” and transform subconscious beliefs that affect the “reality” of our lives.

Sal completed the Basic and Advanced PSYCH-K® Workshops in 2007 and added PSYCH-K® to her practice. She became a Certified PSYCH-K® Instructor in 2009, teaching 16 Basic Workshops before concluding her time as an Instructor in December, 2012, to focus on channeling and writing.

All of Sal’s food allergies are gone. Plus, Sal’s immersion into PSYCH-K® opened the channeling abilities she’d been told she had!

Sal’s channeling began in March, 2009. (For much more detail, see Book 1, New Awareness From Seth and Others and/or our website, www.believe-spiritwalker.com.)

Sal closed her regular psychotherapy practice in 2011. It became clear, Sal was being guided to write the New Awareness Series—a collaboration of many consciousnesses, including Seth, Abraham and so far, over 30 Others. Their purpose? To help us create personal transformation and a more kind, loving and respectful world. Seth and Others have chosen Sal (now Spiritwalker) to be their “conduit” to the world for this purpose.

The consciousnesses began calling Sal “Spiritwalker” in July, 2012, and guided her to legally change her name to Spiritwalker Risinger in October, 2021. For now, Books 1 & 2 are technically authored by “Sal Risinger, MSW”. Spiritwalker (and Seth and Others) will be writing Book 3 and beyond…