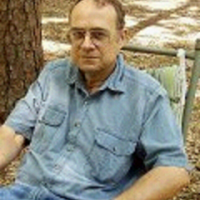 Michael Lee Lanning is the author of 24 nonfiction books on military history, sports, and health. More than 1.1million copies of his books are in print in fifteen countries, and editions have been translated into twelve languages. He has appeared on major television networks and the History Channel as an expert on the individual soldier on both sides of the Vietnam War.

The New York Times Book Review declared Lanning’s Vietnam 1969-1970: A Company Commander’s Journal to be “…one of the most honest and horrifying accounts of a combat soldier’s life to come out of the Vietnam War.” The London Sunday Times devoted an entire page to review his The Military 100: A Ranking of the Most Influential Military Leaders of All Time. According to the San Francisco Journal, Lanning’s Inside the VC and NVA is, “A well-researched, groundbreaking work that fills a huge gap in the historiography of the Vietnam War.”

He is the author of Texas Aggies in Vietnam and Veterans Cemeteries of Texas—both published by the Texas A&M University Press.

A veteran of more than twenty years in the U.S. Army, Lanning is a retired lieutenant colonel. During the Vietnam War he served as an infantry platoon leader, reconnaissance platoon leader, and an infantry company commander. In addition to having earned the Combat Infantryman’s Badge and Bronze Star with “V” device with two oak leaf clusters, Lanning is Ranger-qualified and a senior parachutist. He is a former member of the Advancement Board of the Texas A&M University Press and advisor to Historymakers in Chicago. His military and writing papers are in the process of being catalogued by the Cushing Memorial Library at Texas A&M University.

Lanning, born in Sweetwater, Texas, earned a BS from Texas A&M University and a MS from East Texas State University. He currently resides in Lampasas, Texas.